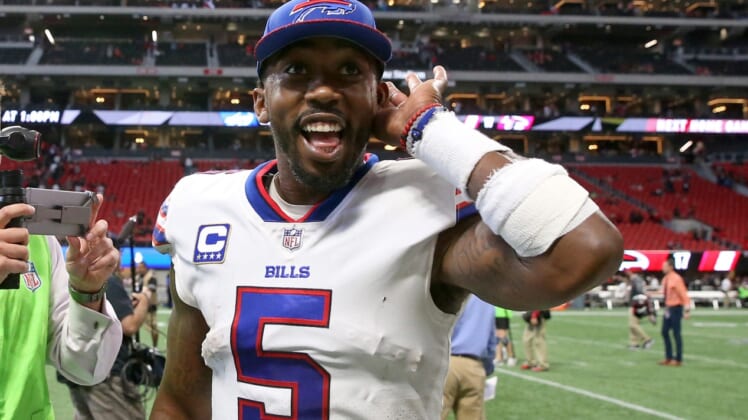 The Cleveland Browns are not messing around on this here Friday. After reportedly acquiring Pro Bowl wide receiver Jarvis Landry from the Miami Dolphins, Cleveland has struck again.

According to NFL Media’s Ian Rapoport, the Browns have picked up former Buffalo Bills Pro Bowl quarterback Tyrod Taylor in a deal that will send a third-round pick back to the Bills.

The #Browns are sending pick No. 65 to the #Bills for QB Tyrod Taylor, sources say.

For the past several months, it has seemed like Taylor was on his way out of Western New York. Though, recent reports led to speculation that the Bills were going to hang on to the starting quarterback. That’s obviously no longer going to be the case.

Taylor, 28, put up over 10,600 total yards with 65 total touchdowns and 16 interceptions in his three seasons with the Bills, earning a Pro Bowl appearance back in 2015. He’s set to count north of $18 million against the cap this coming season.

In no way does this mean Cleveland is going to avoid a quarterback in the first round of April’s draft. Instead, we can expect Taylor to act as a stopgap option for the downtrodden franchise moving forward.