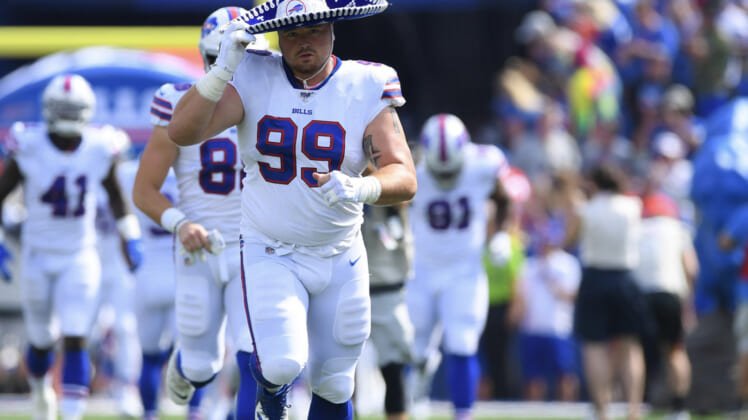 The Buffalo Bills are riding a giant wave of optimism after starting 3-0 for the first time in nearly a decade.

Unfortunately, that’s now taken a back seat to Monday’s news that second-year defensive tackle Harrison Phillips will miss the remainder of the season to a torn ACL.

A third-round pick from Stanford last year, Phillips is one of the primary reasons Buffalo heads into Week 4 ranked in the top eight of the NFL against the run and No. 6 in total defense.

While the stats (three tackles, 0.5 sacks) are not great, his presence a long the interior of Buffalo’s defensive line has opened things up for edge rushers Jerry Hughes and Shaq Lawson on the outside.

This is going to be an absolutely huge loss for Buffalo moving forward as it prepares for next week’s game against the New England Patriots.