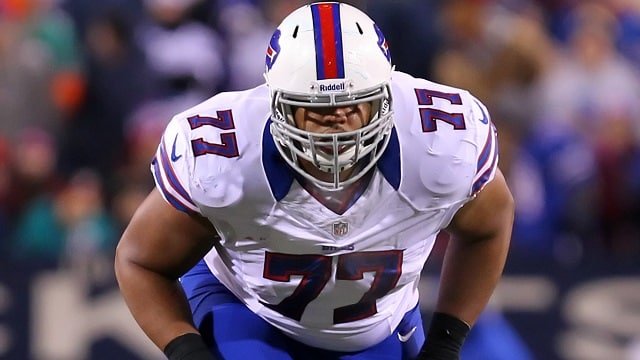 According to ESPN’s Josina Anderson, the the Cincinnati Bengals have traded the Buffalo Bills for left tackle, Cordy Glenn.

Per NFL Network’s Peter Schrager, the Bills and Bengals are swapping their first-round picks while exchanging fifth and sixth-round picks this year. In the first round, the Bills move up to No. 12 and the Bengals move down to 21.

This means Buffalo now owns the No. 12 and No. 22 overall picks in the draft and sets the team up for even more action while seeking a quarterback.

Glenn was drafted by the Bills 41st overall in 2012. He played in 78 total games for the Bills, but missed 10 games in 2017 due to some lingering foot and ankle injuries.

The left tackle signed a five-year deal worth $65 million in 2016. The Bills will save $6.5 million in salary cap space by moving Glenn before March 16. This is big move that would benefit the Bills tremendously approaching free agency.

If this trade goes through ahead of March 16, the #Bills would be off the hook for the $6.5 million of Cordy Glenn's base salary that would then be tied to their salary cap for 2018. Would be a huge move for them. Frees up more space and brings in another asset. https://t.co/Xzzy0LVDdG

The Bengals benefit by adding a much-needed asset to their offensive line. According to a recent report posted by the Buffalo Bills, Glenn is on course to be a “full go” at the start of the offseason in April.