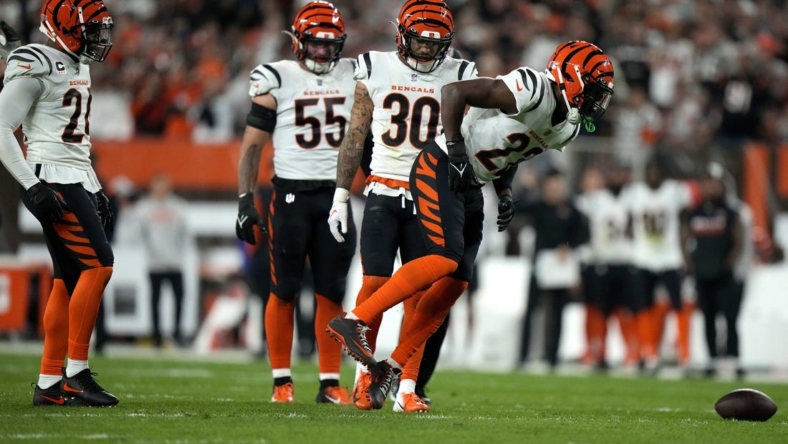 Awuzie, 27, is having an MRI on Tuesday. Awuzie was in a protective brace after Monday night’s loss to the Cleveland Browns and on crutches.

“I don’t think it’s great, but we don’t have final confirmation on it yet,” Bengals coach Zac Taylor said after the game.

Awuzie sustained the injury in the second quarter of Cincy’s 32-13 loss while defending a pass to Browns wideout Amari Cooper.

Awuzie is in his second season with the Bengals after signing a three-year deal worth $21.75 million with the club in March 2021. He has started all 22 games he has played in Cincinnati.

Awuzie has six career interceptions, 56 passes defensed and three forced fumbles in 71 games (64 starts) for the Dallas Cowboys (2017-20) and Bengals. The Cowboys selected Awuzie in the second round of the 2017 draft.