Report: Bengals could keep Andy Dalton, all options on the table 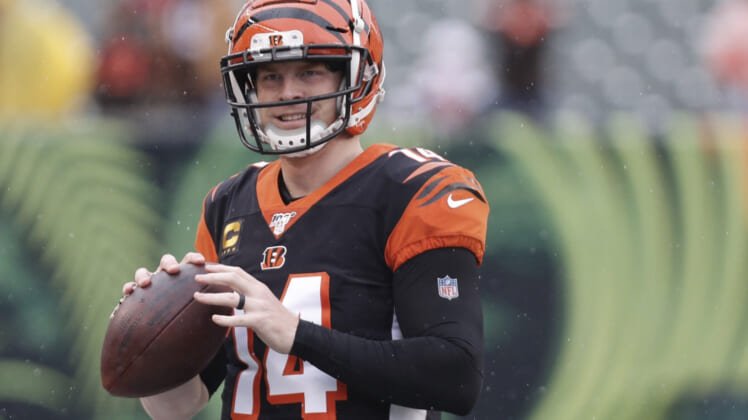 The Cincinnati Bengals have been trying in vain to find a trade partner for quarterback Andy Dalton, and they may end up keeping him in 2020.

Ian Rapoport, discussing this situation live on “” Wednesday night, shared that some of the teams that had previously been interested in Dalton have acquired a quarterback, and that Dalton could potentially be the backup for whomever they draft (our latest mock draft has Cincinnati selecting Joe Burrow) this coming season.

Dalton was strongly connected to the Chicago Bears before free agency, but then of course the Bears made the trade with Jacksonville to acquire Nick Foles. There’s still at least one other quarterback-needy team that has been mentioned as a potential trade partner, but that team also landed a veteran recently.

The Bengals certainly would not be stressed financially if Dalton does remain on the roster. He will cost just $17.7 million in 2020, which is the final year of his current deal. And with a rookie coming in, the franchise would still be well under what many teams are spending annually on their quarterbacks.

Keeping him around wouldn’t be a bad thing for the Bengals from a developmental standpoint, either. He’s a team player and would be an invaluable voice in the quarterback room, which could help speed the growth of Burrow, assuming he’s the pick at No. 1 overall.