Ben Simmons (back) cleared for 3-on-3 activities 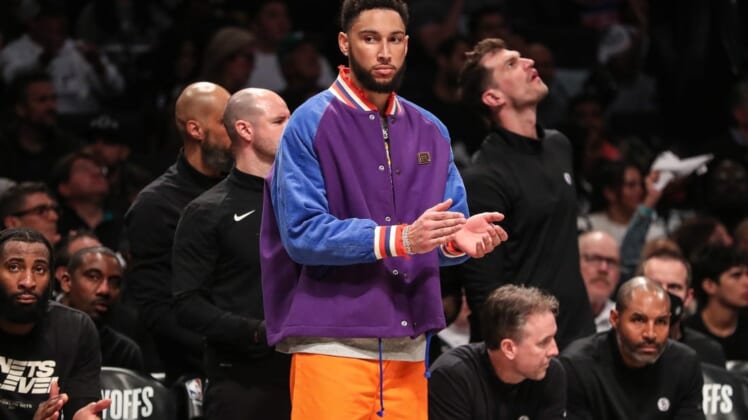 Brooklyn Nets guard Ben Simmons has been cleared for 3-on-3 activities and is expected to be ready for the start of training camp in late September, The Athletic reported Monday.

Simmons is expected to be cleared for 5-on-5 activities in the coming weeks, per the report.

Simmons missed the entire 2021-22 season and has yet to debut with the Nets. He underwent successful back surgery in early May to alleviate pain caused by a herniated disc.

The Nets acquired Simmons from Philadelphia at last season’s trade deadline along with Seth Curry, Andre Drummond and two first-round picks, with James Harden and Paul Millsap shipped to the 76ers.

Simmons last played June 20, 2021, and that was his final game in a 76ers uniform — a postseason loss to the Atlanta Hawks. A dispute with the club that followed resulted in the trade to Brooklyn.

Simmons reached an undisclosed settlement with the Sixers last week over $20 million the club withheld from him for sitting out.

Simmons has three seasons remaining on his five-year, $177 million contract.

Simmons, 26, is a three-time All-Star over his four NBA seasons, scoring 15.9 points with 8.1 rebounds and 7.7 assists in 275 career games, all starts with the 76ers. He was the No. 1 overall draft pick by the Sixers out of LSU in 2016 but didn’t play that season because of a foot injury.