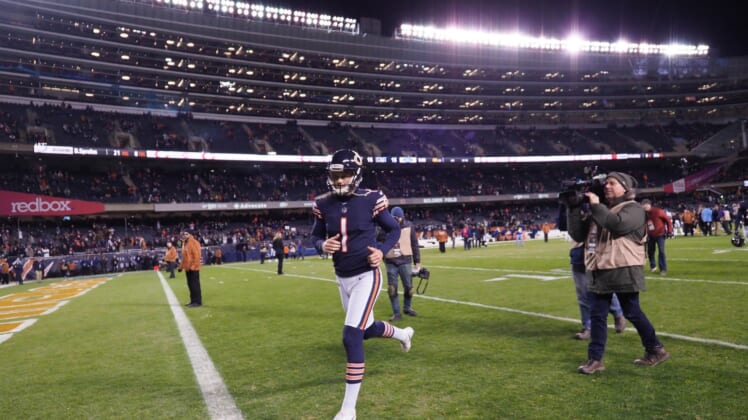 Despite being considered one of the most-consistent kickers in football, Cody Parkey’s recent performance with the Chicago Bears suggested that he might be released here soon.

That’s now come to fruition. According to NFL Media’s Ian Rapoport, the Bears are slated to release the veteran once the new league year kicks off next month.

The #Bears have decided to release K Cody Parkey at the start of the league year, sources say. A fresh start is welcomed by both parties, and the Pro Bowler will likely find work quickly. He’s still due $3.5M guaranteed on his 2019 contract.

Parkey connected on just 23-of-30 field goals this past regular season. Though, it’s his performance in Chicago’s narrow NFC Wildcard loss to the Philadelphia Eagles that seemed to be the final nail in his coffin in the Windy City.

Parkey missed a 43-yard field goal with his Bears down 16-15 in the last seconds of said game. It sent the team into hibernation for the winter.

Parkey is still owed $3.5 million guaranteed — meaning that this decision wasn’t a cheap one for Chicago.