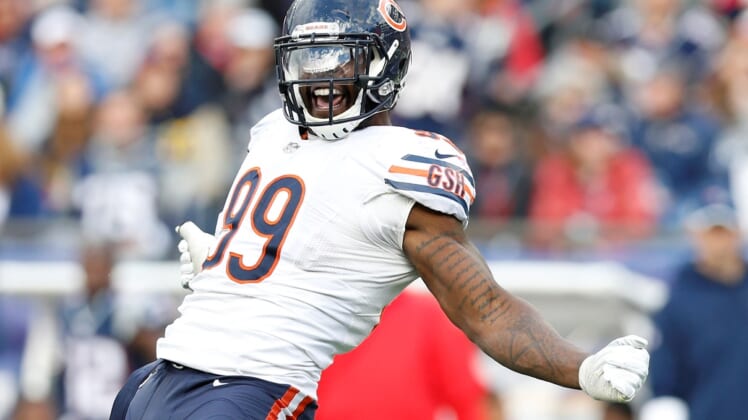 Just over two calendar years after signing him to a five-year, $35 million contract, the Chicago Bears have released veteran linebacker Lamarr Houston with an injury settlement.

Source: the Bears have released veteran DE Lamarr Houston from IR. Once healthy, he's free to sign with another team.

The Bears placed Houston on injured reserve over the weekend with a knee injury. Though, said injury was said to be minor. The primary reason for that designation was so that Chicago could get out from under his contract.

Houston, 30, missed all but two games last season with a torn ACL. He was signed away from the Oakland Raiders after a strong run in Northern California prior to the 2014 season. Unfortunately, Houston played in a grand total of 26 games in three seasons with Chicago.

The team had originally handed Houston nearly $20 million guaranteed. Needless to say, he was a massive free agent bust for the team.

We do, however, expect the pass rusher to land on his feet with another team. When healthy, he’s more than proven himself to be a capable starter in the NFL.