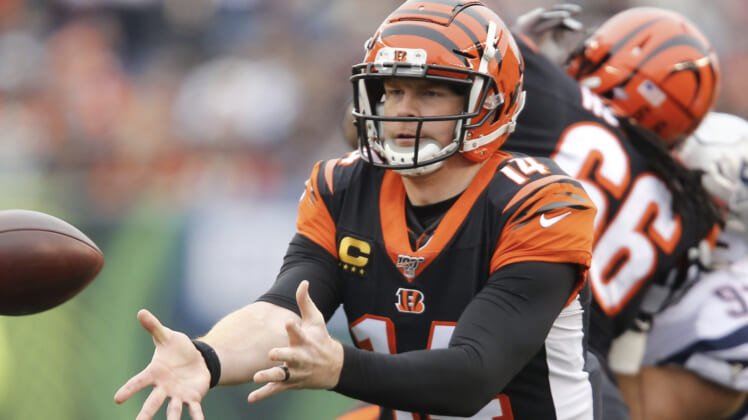 As the Chicago Bears continue to show public support for struggling young quarterback Mitchell Trubisky, reports around the NFL are suggesting otherwise.

Chicago has been linked to both Andy Dalton and Derek Carr over the past few weeks. The idea would be for Matt Nagy’s squad to add a veteran to compete with Trubisky this summer.

According to ESPN’s Jeremy Fowler, that’s the scuttlebutt from the NFL Scouting Combine in Indianapolis on Thursday.

“Established veteran” could mean a couple of different things. But based on this report, it seems to suggest that the Bears are looking at second and third-tier options.

Dalton makes sense in that a report earlier on Thursday concluded that the Bengals are looking to shop him. There’s said to be a nice amount of interest in the three-time Pro Bowler’s services.

As it relates to Carr, he’s more of an established veteran. The Pro Bowler is unlikely to compete for a starting job should he be traded. He’ll be the QB1.

This is something to keep an eye on as free agency gets going around the NFL in about three weeks.