Report: ‘Basically every team’ has inquired about Jalen Ramsey 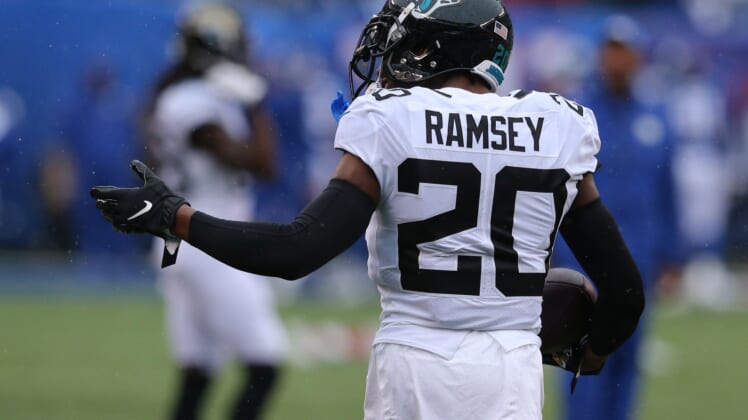 According to NFL Media’s Ian Rapoport, pretty much every team around the league has inquired with Jacksonville about the star defensive back.

This should not come as too much of a surprise. A 24-year-old cornerback hitting the trade market before his prime is a rarity. It’s among the most important positions in today’s pass-centric NFL.

Ramsey has earned a Pro Bowl appearance in each of the past two seasons. While he’s in line for a massive extension, a bounty of two first-round picks shouldn’t be seen as too much. That’s precisely what the Jaguars are demanding in trade talks.

Despite his uncertain future in Jacksonville, Ramsey will likely play Thursday night against the Tennessee Titans. Look for a trade to take place Friday.

Until then, there’s still a lot questions surrounding the boisterous defensive back.