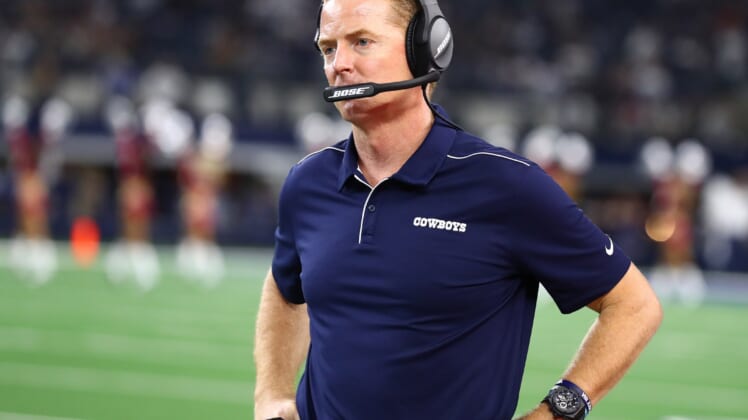 The Dallas Cowboys need a couple things to happen Sunday in order to make a trip to the playoffs. That includes the team defeating the Washington Redskins and the Giants taking out Philadelphia.

If that doesn’t happen, this one report from Clarence Hill of the Star Telgram suggests that Jason Garrett is out as the Cowboys’ head coach.

“Short of that, Garrett is coaching his last game. He is in the final year of his contract and there is no expectation of an extension barring a miracle,” the veteran reporter noted.

For many Cowboys fans this has been a long time coming. Garrett has his team at 7-8 on the season after a 3-0 start to the campaign.

Since taking over on an interim basis for Wade Phillips back in 2010, Garrett has led the Cowboys to just three playoff appearances and has not made it past the divisional round of the postseason.

Rumors have suggested that Garrett’s departure from Big D has been in the cards for some time now. But given owner Jerry Jones’ sense of loyalty, everything remained up in the air.

That no longer appears to be the case.