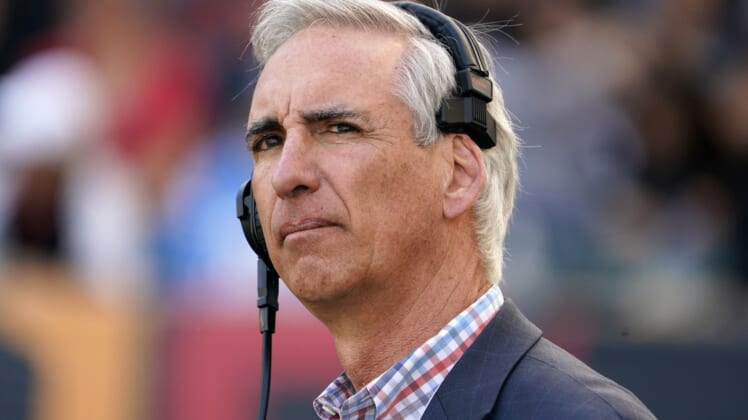 The bankrupt XFL wants former commissioner Oliver Luck to repay some of the more than $11 million he earned in the role, The Athletic reported Thursday.

The bankruptcy plan administrator filed a lawsuit Monday in a federal court in Delaware, contending Luck’s “compensation was excessive” and that he “lacked experience and business acumen to serve as a CEO and was not qualified for this position,” per the report.

Luck has a lawsuit pending against the XFL and its former owner, Vince McMahon, seeking to collect the approximately $23 million left on his contract when the league shut its doors in April 2020 because of the COVID-19 pandemic. The XFL ultimately filed for bankruptcy.

The XFL is set to return next February under new ownership that includes actor Dwayne “The Rock” Johnson. The new owners, who paid about $15 million for the league, are not part of the legal action related to the former commissioner.

Luck, the father of retired Indianapolis Colts quarterback Andrew Luck, assumed the commissioner’s job in June 2018. He came to the league from the NCAA, where he was executive vice president for regulatory affairs, and also previously held positions that included athletic director at West Virginia and president/general manager of the Houston Dynamo of the MLS.

“Luck’s performance as Commissioner and CEO was woefully inadequate for numerous reasons,” bankruptcy plan administrator Peter Hurwitz wrote, per The Athletic. “Among other things, he failed to exercise proper business judgment; failed to comply with league policies; failed to comply with the XFL Employee Handbook; failed to attend meetings; disclosed confidential information without proper authorization; and effectively abandoned his responsibilities when faced with the Covid crisis.”

McMahon had made similar points in previous filings, though Hurwitz said Luck also made mistakes such as announcing teams would be in certain cities before securing lease agreements, leaving the league without any negotiating power.

In an email to the publication, he wrote: “The allegation that Mr. Luck was overpaid and didn’t do his job is utter nonsense. In real time, Mr. McMahon clearly valued Mr. Luck’s job performance because he allowed Mr. Luck to be paid millions of dollars over 20 months.”