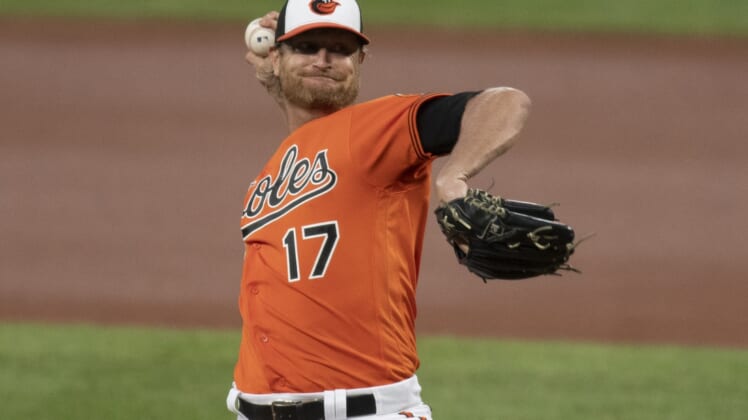 The O’s have agreed to pay more than half of Cobb’s $15 million salary in 2021, per the report. Cobb is in the final year of a four-deal, $57 million contract.

Jones, a second baseman, is the No. 7 prospect in the Angels organization.

Cobb joins a rotation that includes Dylan Bundy, Andrew Heaney, Griffin Canning, Shohei Ohtani and Jose Quintana, just signed by the Angels on Jan. 20. Ohtani is expected to start once a week.

Jones, 23, was drafted in the second round of the 2015 amateur draft. He played in three games with the Angels last season, hitting .429 in seven plate appearances.