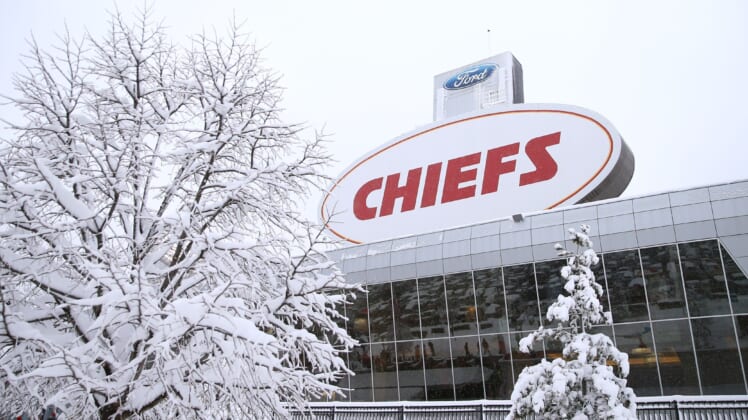 In the aftermath of what was a wild scene at Arrowhead during Saturday’s divisional-round game between the Indianapolis Colts and Kansas City Chiefs, at least four people reportedly needed medical attention after being pelted by snowballs thrown by unruly fans.

Matt Derrick of ChiefsDigest.com noted that “at least four fans” received medical attention after being hit by snowballs during the game and that “at least one snowball struck a photographer on the sideline, while another struck a member of the Chiefs cheer squad late in the game.”

The snowballs started flying early. Our first indication that it would be a problem came in the first quarter when Colts punter Rigoberto Sanchez was almost hit by a snowball as he was literally punting the ball away near the end zone.

NBC cameras actually spotted one fan in particular in the act of throwing a snowball. That fan and others who were throwing snowballs at the time received a death stare and some choice words from a seriously ticked off Andy Reid.

Hopefully fans got the message. Next weekend leading up to Sunday’s AFC Championship Game, there’s another storm rolling into the region that’s slated to dump more snow onto Arrowhead.