Report: ‘At least’ 15 Texas Longhorns football players in quarantine due to coronavirus 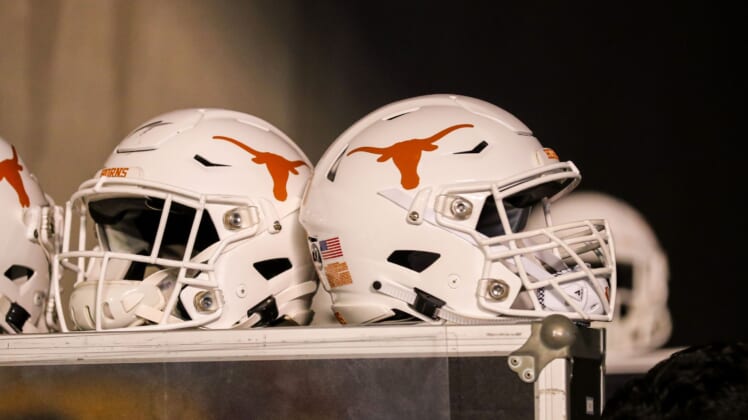 The Texas Longhorns are one of the major college football teams getting back to campus and dealing with the realities of COVID-19.

Six positive tests and at least 15 Longhorns players in quarantine

According to Chip Brown of 247 Sports, the Longhorns had six players test positive for the coronavirus. Due to contact tracing, there are “at least 15” players in quarantine at this time.

“This week, the other half of the team underwent testing on Monday and Tuesday, resulting in four more positive tests for COVID-19, the source said. Because of contract tracing – determining who the infected person has most recently been in contact with – at least 15 players were in quarantine as of Wednesday morning, the source said.”

Texas is among the states seeing a spike in COVID-19 cases. On Tuesday, Texas announced 2,622 new positive cases, marking the third straight day of record-high positive tests being reported.

Other college football programs dealing with coronavirus, too

This is not the first or last time we’re going to hear about large numbers of student-athletes being quarantined upon their arrival back at school.

Last week, Alabama had a rash of positive tests. The University of Houston shut down its workouts after six players tested positive. In the Big 12, schools such as Iowa State, Kansas State, Oklahoma State, Texas Tech, and West Virginia have all had players test positive for COVID-19.

Clearly, this is just going to be the new normal in college football this fall. Though, it’s worth pointing out that at least one big game has already been canceled due to the coronavirus.