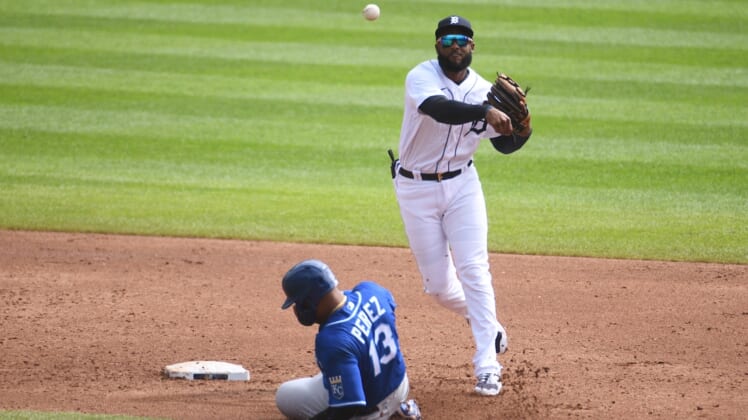 The Houston Astros signed infielder Niko Goodrum to a 1-year, $2.1 million deal on Saturday, according to a report from MLB Network.

Goodrum, 30, hit .214 with nine homers, 33 RBIs and 14 stolen bases in 90 games last season with the Detroit Tigers. He is a .230 career hitter over parts of five seasons with the Minnesota Twins and Tigers.

The Atlanta native provides the Astros with significant flexibility on defense. He has started 10-plus games at seven positions in his career, with the most coming at shortstop (137) and second base (101). He also has made 39 starts at first base, 33 in left field, 10 in center field, 13 in right field and 10 at third base.

Goodrum could be among the potential successors to star shortstop Carlos Correa, who is a free agent.