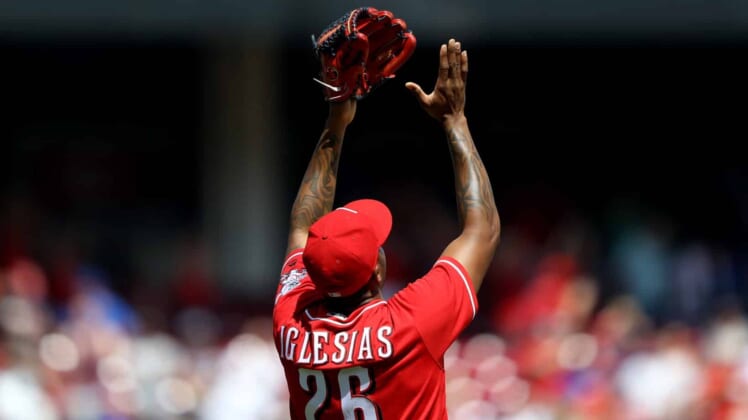 After sending former closer Ken Giles down to Triple-A Fresno this week, the Houston Astros’ need for help at the back of their bullpen grew even stronger.

While the organization has explored multiple relievers on the trade market, the front office is especially high on one closer potentially available before the July 31 trade deadline.

According to Mark Sheldon of MLB.com, Houston’s front office is particularly high on Cincinnati Reds closer Raisel Iglesias. The 28-year-old reliever is among the most coveted pitchers on the market this month.

The interest in Iglesias shouldn’t come as a surprise. A former starting pitcher, Cincinnati moved him into the bullpen in 2016 and made him its closer last season. Over the past two years, Iglesias has recorded a 2.46 ERA, 1.09 WHIP and struck out 137 batters in 117 innings.

The right-handed closer would be an even greater fit for Houston given his contract and versatility. As with Brad Peacock, Chris Devenski and Collin McHugh, Iglesias could record four-plus outs when called upon. It would add even greater flexibility for manager A.J. Hinch to work with throughout the season.

Iglesias is under contract control through 2020 with an average annual salary of $5.7 million in each of the next two seasons.

Given his success on the mound, his versatility and the affordable contract, Houston will not be alone in its interest. Iglesias would also be a fit for the Cleveland Indians, New York Yankees and Los Angeles Dodgers.