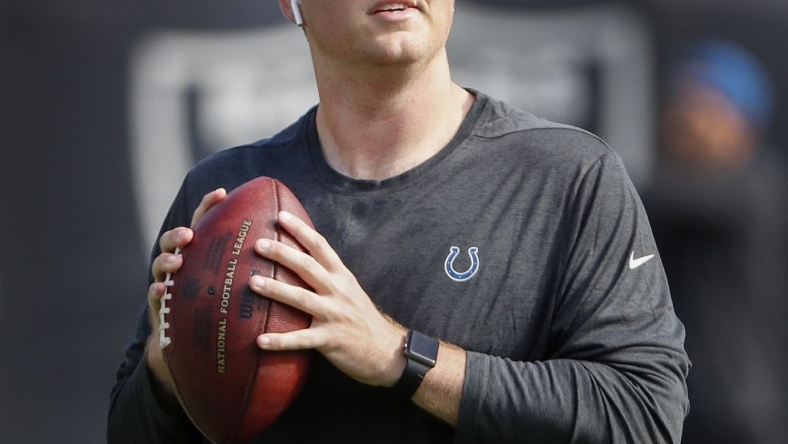 Former head coach Frank Reich, who was fired on Monday following a 3-5-1 start to the season, called the offensive plays.

Frazier, who soon will turn 31, joined the Colts staff in 2018, spending the first two seasons assisting Reich with duties such as preparing the weekly practice plan, call sheets and scripts. He also helped out with scout team preparation.

In 2020, he served as an offensive quality control coach and was promoted to assistant quarterbacks coach the following season. He added the pass game specialist title this season.

Before joining the Colts, he spent two seasons as an offensive graduate assistant working with quarterbacks at Arkansas State.

Owner Jim Irsay hired Saturday for the interim role, despite his lack of coaching experience at either the college or pro level.