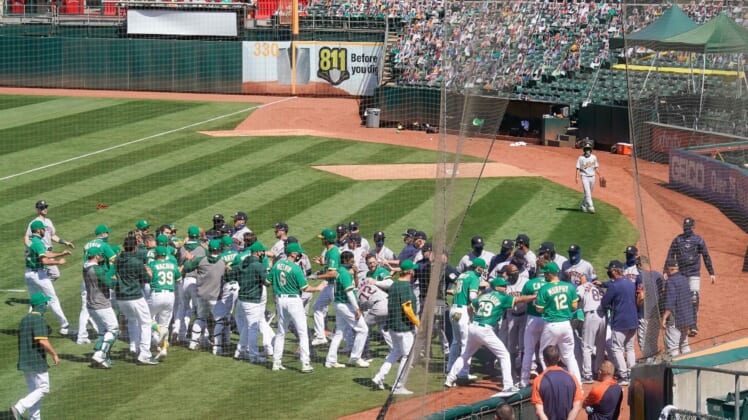 On Sunday, the Oakland Athletics and Houston Astros engaged in a benches-clearing brawl when Ramon Laureano was hit for the second time in the game. Now, MLB is expected to come down hard with some suspensions.

According to Bob Nightengale of USA Today Sports, both Laureano and Astros hitting coach Alex Cintron are expected to receive lengthy suspensions for their role in the brawl.

For Laureano, his suspension will obviously be for charging Houston’s dugout. Cintron will be suspended because he instigated the entire brawl by jawing at Laureano.

MLB had indicated it would be taking significant disciplinary actions against anyone for engaging in this type of activity during the 2020 season. With COVID-19 being a major issue the league is attempting to overcome, a benches-clearing brawl is exactly what it doesn’t need to happen.

Now, we’ll get to see what type of response MLB has for what transpired on Sunday.