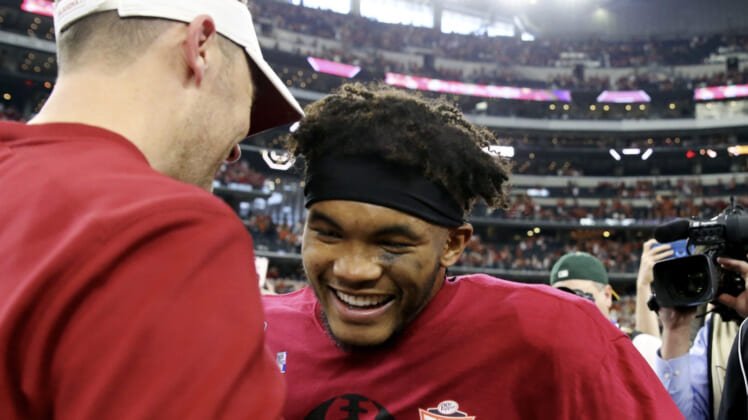 The 2019 NFL Draft is about to get a bit stronger at the quarterback position.

According to this report from Susan Slusser and Henry Schulman of the San Francisco Chronicle, the Oakland Athletics expect 2018 first-round pick Kyler Murray to declare for the 2019 NFL Draft.

The reigning Heisman winner from Oklahoma has been bandied about as a potential top pick in the upcoming draft after Oakland selected him No. 9 overall this past summer.

According to the report, this doesn’t mean that Murray will decline the $4.66 million bonus Oakland signed him to after drafting him. But it definitely does increase the odds of that happening.

The 5-foot-10 Murray led his Sooners to the College Football Playoff this past season — tallying 54 total touchdowns in 14 games.

Despite his smallish figure, most anticipate Murray to go in the first round should he declare. A decision will likely come Sunday.