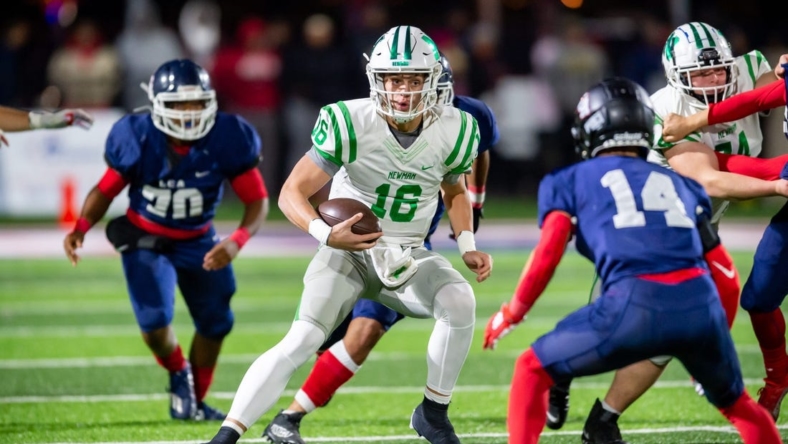 Arch Manning will enroll at Texas in January, The Athletic reported.

Manning, ranked by the 247Sports composite as the No. 1 player in the Class of 2023, is completing his senior season at Isidore Newman High School in New Orleans. He committed to the Longhorns and coach Steve Sarkisian in June.

The nephew of Super Bowl-winning quarterbacks Peyton and Eli, Manning will have a chance to get accustomed to college life and take part in spring practices with his early enrollment.

He is part of a strong 2023 class for the Longhorns, which the composite ranks as the No. 5 recruiting class in the nation. It includes two more five-star prospects in wide receiver Johntay Cook II from DeSoto, Texas, and safety Derek Williams from New Iberia, La.

If Sarkisian decides to stick with Quinn Ewers — another former No. 1 overall player in his class — Manning could redshirt in the 2023 season and take over the position in 2024, when Ewers will be eligible for the NFL draft.

Manning is in the midst of a standout senior season. On Friday night, he completed 16 of 23 passes for 321 yards with four touchdowns in a 41-12 victory over Martin Luther King Charter of New Orleans. He has thrown for 1,894 yards and 30 touchdowns through eight games.

He also recently broke school records for touchdowns and passing yards that previously were held by Peyton and Eli, respectively.