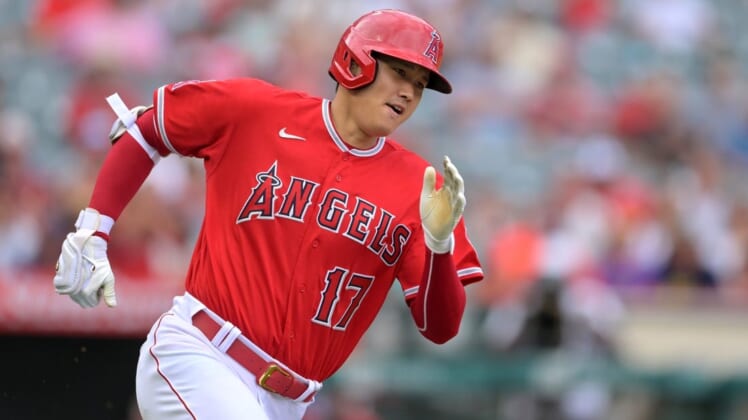 The New York Post reported Monday that reigning American League MVP Shohei Ohtani will not be dealt after reports circulated last week that the Los Angeles Angels were at least listening to trade offers for their two-way superstar.

The trade deadline is Tuesday.

Ohtani, 28, has become a transcendent player with his abilities to hit and pitch at a high level, providing constant comparisons to Babe Ruth. Yet despite his value as two players wrapped into one, the Angels entered play Monday just 43-59 and 11 games behind in the wild-card standings.

Reports that the Angels were at least listening to offers for Ohtani signaled a possible change in outlook for the AL club that has watched three-time MVP Mike Trout struggle with injuries the past two seasons.

The New York Yankees, Chicago White Sox and San Diego Padres were named in the report as teams that inquired about Ohtani’s availability.

Ohtani currently is on the final season of a two-year $8.5 million contract, and is making $5.5 million of that this season. He remains arbitration eligible for the 2023 season and would become a free agent for the first time in 2024 in the absence of a long-term deal with the Angels.