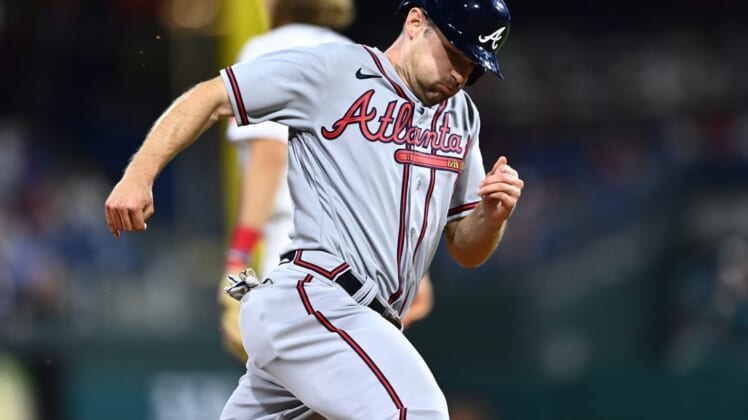 The Atlanta Braves designated the 33-year-old veteran for assignment on July 11.

Gosselin batted .261 with four runs in 12 games this season with Atlanta.

He played for the Angels last season, batting .261 with seven homers and 47 RBIs in 104 games.