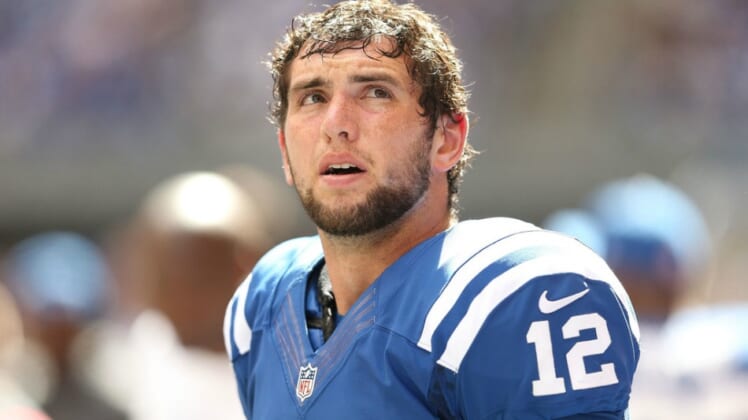 There’s been a lot of speculation about whether Indianapolis Colts quarterback Andrew Luck will play at all in 2017 as he has yet to even begin practicing with the team. The quarterback is still recovering from shoulder surgery that was performed in January, but Ian Rapoport of NFL Media is reporting Luck could be available to the Colts by Week 6, which is a date with AFC South rival Tennessee.

Nothing that's happened with #Colts QB Andrew Luck has given anyone doubt that he plays this year. … And keep an eye on Week 6 vs. #Titans pic.twitter.com/Zh1SzlJ2WF

The Colts feature an awful offensive line, so if Luck does come back, he better be fully healthy and ready to absorb some punishment.

In the meantime, it’s up to Jacoby Brissett — acquired in a trade with the New England Patriots — to somehow find a way to get the offense going. Brissett replaced Scott Tolzien in Week 1 and got the start again last weekend.

Through two games, Indy’s offense has managed to gain just 491 total yards and 28 first downs. Not surprisingly, the Colts have averaged just 11 points per game and are 0-2 heading into Week 3.