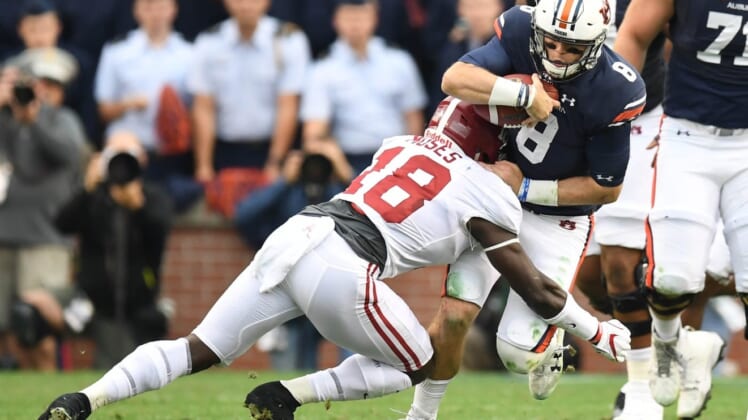 The Alabama Crimson Tide are going to be without the leader of their defense for the entire 2019 season.

This is an absolutely major blow for Alabama as it vies for a national championship. Moses was set to return to the Crimson Tide after recording 86 tackles (10 for loss) and 3.5 sacks as a sophomore last season.

It’s also a pretty big set back for Moses. He was considered a sure fire first-round pick in the 2020 NFL Draft if the former Parade National Player of the Year decided to declare. That’s now up in the air.

This comes on the heels of Alabama suspending four key players for the first half of Saturday’s season opener against Duke.