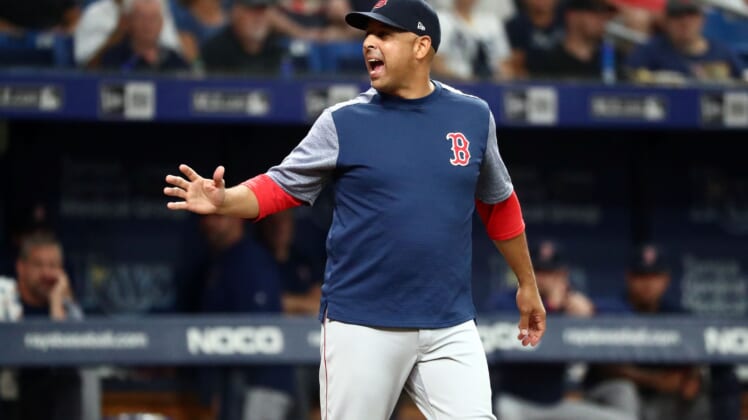 Major League Baseball dropped the hammer on the Houston Astros Monday for their electronic sign-stealing. While Boston Red Sox skipper Alex Cora avoided discipline from the league, his time is reportedly coming and it is expected to be severe.

According to ESPN’s Jeff Passan, MLB will determine Cora’s punishment after it completes its investigation into allegations of the Red Sox stealing signs during the 2018 season.

As detailed in MLB’s official report, Cora played a prominent role in Houston’s entire scheme to steal signs from opposing teams. As the league discovered, he helped the team develop the banging scheme to alert players about pitches and played a key role in utilizing the replay room to identify signs.

Cora’s involvement in the team’s sign-stealing efforts went far beyond that of A.J. Hinch. MLB suspended Hinch despite his reported disagreement with the illegal acts.

Given Cora’s decision to bring the same practice to Boston and use the replay room to illegally steal signs, doing so for another World Series champion, the league will likely hand down far greater discipline on him than Hinch.

While there’s no timetable on when MLB will conclude its investigation, the league could seek to make a decision before the season begins, so greater uncertainty doesn’t hang around the Red Sox into the 2020 season.