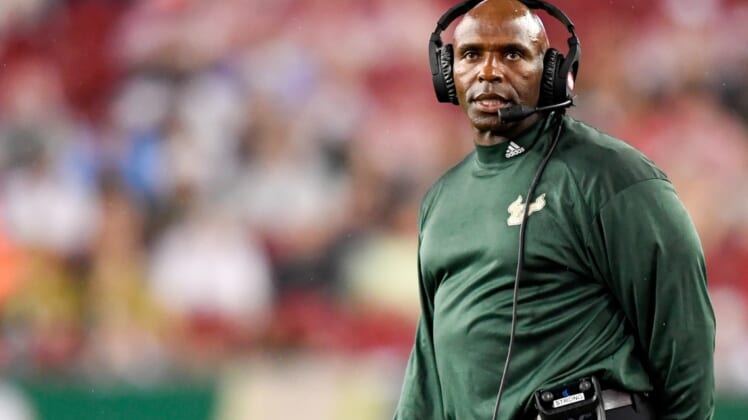 Nick Saban and the Alabama Crimson Tide are reportedly closing in on another excellent addition to their coaching staff. Former Texas Longhorns and South Florida head coach Charlie Strong is reportedly nearing an agreement to join Saban’s staff.

According to Football Scoop, Strong received multiple offers from SEC teams and has decided on Alabama. The 59-year-old coach visited the Crimson Tide this week and is reportedly closing in on a deal to join Saban’s coaching staff.

Strong began his coaching career in 2010 with the Louisville Cardinals and quickly built the program into a contender. After going 23-3 with Louisville in his final two seasons, Strong took over at Texas in 2014.

The Longhorns could not return to national prominence under Strong and fired him after three seasons. He became South Florida’s head coach in 2017 and went 10-2 in his first year, but was fired after winning 11 games over the next two seasons.

Strong comes with a defensive background and has worked with linebackers and defensive linemen for the majority of his career as an assistant. Given his experience on the defensive side, this is another strong addition for Saban’s staff.