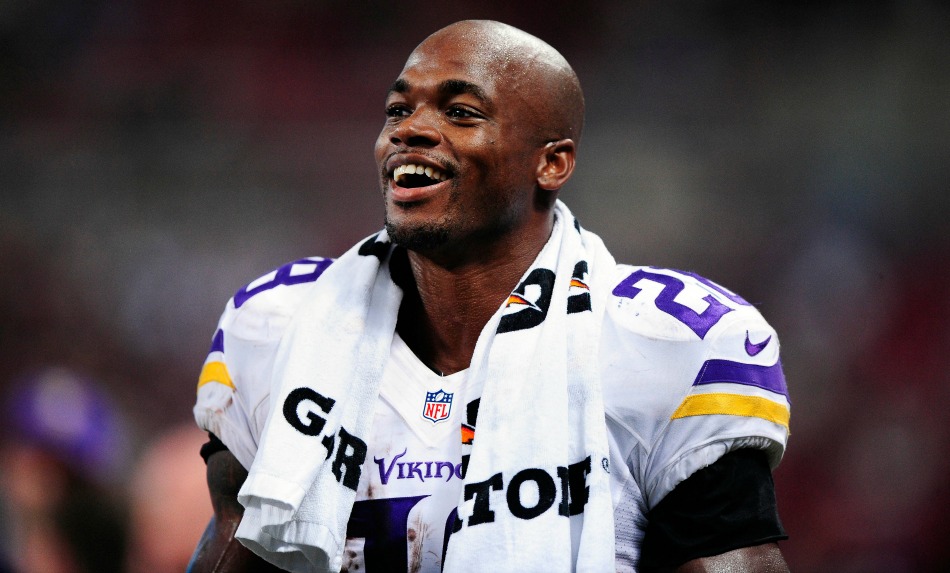 Minnesota Vikings running back Adrian Peterson is set to meet with the NFL this week, and there’s a good chance he will be reinstated off the Commissioner’s Exempt List by April 15.

Whenever Peterson is reinstated, the conversation will quickly turn to where he’s going to play in 2015. By now it’s well known that Peterson doesn’t want to return to the Vikings, and will likely seek out a trade prior to the draft late this month.

One potential landing spot is the Dallas Cowboys, who are in need of an upgrade at running back after losing DeMarco Murray to the division-rival Philadelphia Eagles in free agency last month.

And now, a report is coming out from Bleacher Report’s Jason Cole indicating that a trade to the Cowboys is Peterson’s “dream scenario.”

On Peterson’s side, the belief among sources close to him is that he’s going to be ultimately reinstated. And that will pave the way for a trade, which Adrian Peterson wants, likely to Indianapolis, Arizona—or in Peterson’s dream scenario—to the Dallas Cowboys.”

There is still no real indication that Minnesota plans to trade Peterson. The team has gone out of its way to publicly deny that the future Hall of Famer is on the block.

But Peterson holds some cards here. If he’s unhappy with Minnesota, it’s going to be incredibly hard for the franchise to actually hang on to him, especially considering it would bring unwanted drama and media speculation the team’s way in the lead up to the 2015 season. With Teddy Bridgewater seemingly prepared to take over as the face of the franchise, this is something the Vikings don’t need.

Of course, all of this is dependent on the NFL actually reinstating Peterson. He’s available to be taken off the Commissioner’s Exempt List on April 15, but there’s no guessing as to what Roger Goodell and company might do.