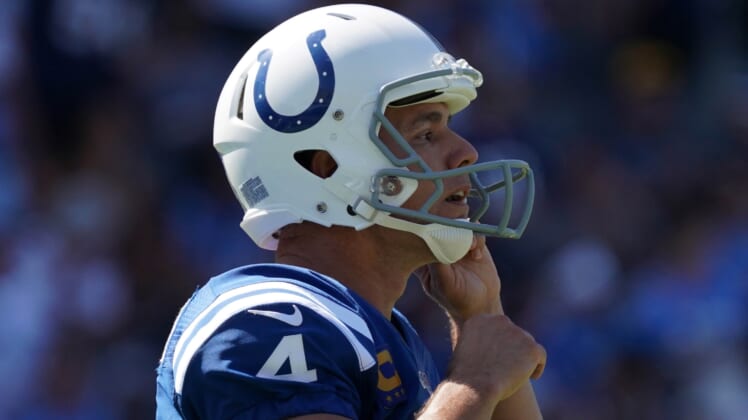 A disappointing 2019 season for Indianapolis Colts kicker Adam Vinatieri is now over with the future Hall of Famer scheduled to undergo season-ending knee surgery this week.

According to ESPN’s Adam Schefter, the 46-year-old kicker will be placed on injured reserve with Chase McLaughlin stepping into Vinatieri’s role.

After missing just two games from 2010-’18, Vinatieri’s year comes to an end after 12 games in a career-worst season. He made just 17-of-25 field-goal attempts, for a career-low 68% conversion rate, and he missed six extra-point attempts this season.

While it’s not yet known if this will be the end of Vinatieri’s career, he will turn 47 on Dec. 28 and could choose to hang up his cleats. If that happens, he’ll retire as a four-time Super Bowl champion, three-time All-Pro kicker and the NFL’s all-time scorer (2.673 points).