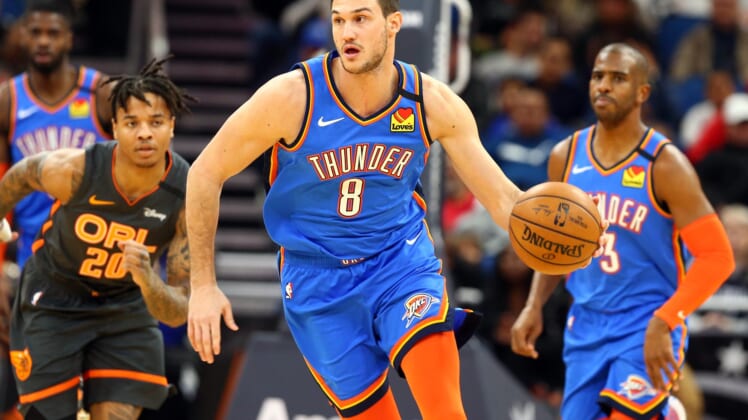 The Philadelphia 76ers are reportedly looking into what it would take to potentially land Danilo Gallinari in a trade with the Oklahoma City Thunder.

Kevin O’Connor of The Ringer shared that the Sixers and Dallas Mavericks have both been inquiring about Gallinari, and that “multiple playoff teams have expressed interest in the Thunder forward.”

One of the more deadly three-point shooters in the league, Gallinari would obviously be a huge addition for a team like the Sixers, which needs that type of firepower. Currently, no player on Philly’s roster attempting at least two per game is hitting more than 40% from behind the arc.

Gallinari, on the other hand, loves to launch from outside and his hitting his three-pointers at a 40.8% clip. The 31-year-old is also averaging 19 points, 5.8 rebounds and 2.2 assists in just over 30 minutes of work per outing. That type of efficient production is an asset every team needs.