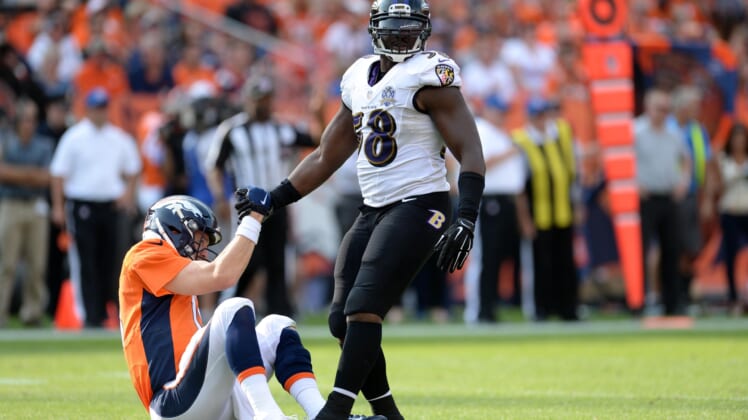 The San Francisco 49ers brought pass rusher Elvis Dumervil in for a workout over the weekend, and now they have reportedly signed him.

Dumervil is in the twilight of his career, to be sure, but the five-time Pro Bowler and two-time First-Team All-Pro still has plenty to offer a young defense.

Due to a nagging foot injury last season, Dumervil managed just three sacks in eight games with the Baltimore Ravens. But over the course of his 10-year career he’s racked up 99 sacks and remains a potent weapon when healthy.

Dumervil could potentially slide into the LEO spot on certain downs as well as playing some SAM linebacker for the 49ers. However, his greatest value for this team might be in the locker room and in meeting rooms, where his vast experience will be invaluable.