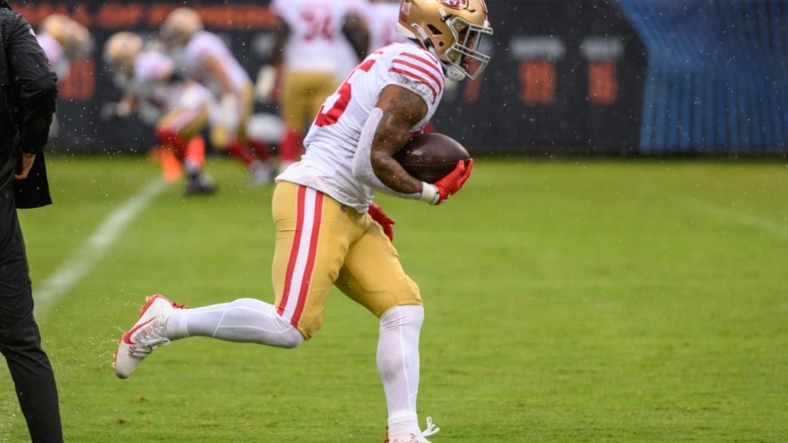 San Francisco 49ers running back Elijah Mitchell will miss some time with a right knee injury he sustained during the team’s Week 1 loss to the host Chicago Bears on Sunday.

NFL Network reported Monday that Mitchell was expected to be sidelined a few weeks or more, depending on the result of an MRI.

Mitchell left Sunday’s 19-10 loss after being tackled by Bears safety Eddie Jackson, whose shoulder collided with Mitchell’s right knee. He finished the game with six carries for 41 yards.

A sixth-round pick in 2021, Mitchell had a surprising rookie campaign in which he led San Francisco in rushing with 963 yards in 11 games (10 starts). He missed six games due to a concussion and injuries to his ribs and shoulder.

Mitchell also injured a hamstring during training camp this summer and sat out the preseason as a result.