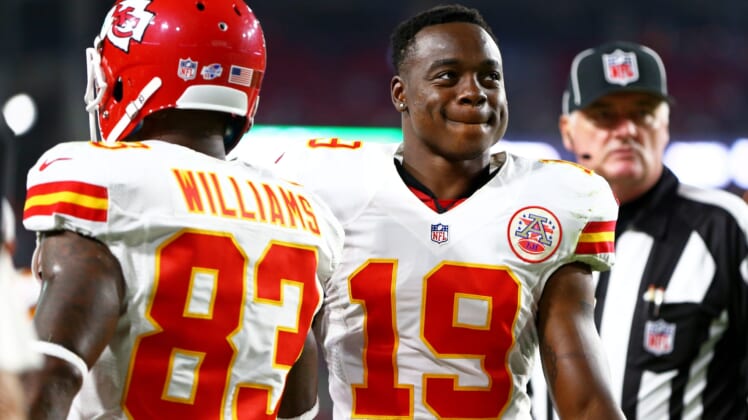 Free agent wide receiver Jeremy Maclin will reportedly have his pick between four and five “serious contenders” interested in his services. The Buffalo Bills, already in preliminary talks with Maclin, are said to be tempting for him as well.

NFL Network's @MikeGarafolo says he expects 4-5 serious contenders for Jeremy Maclin and "the Bills' draw will be tempting for him."

NFL Network’s Mike Garafolo followed up on Sal Capaccio’s tweet, saying “The situation will start to clarify itself today. Because he was cut so late on Friday, he’ll be on today’s wire, which officially makes him free.”

Not long after that, the Kansas City Chiefs did officially release Maclin, officially making him a free agent.

Buffalo might be the early favorite. Both LeSean McCoy and Tyrod Taylor are doing their best to lure Maclin to the Bills, and Taylor said he’s “love” to have the receiver join him.

It’s going to be interesting to see which other teams emerge as strong suitors. Maclin is just 29 years old. And aside from an injury-plagued 2016, he’s been very productive recently. He had two seasons in a row in which he caught at least 85 passes for at least 1,088 yards and at least eight touchdowns.