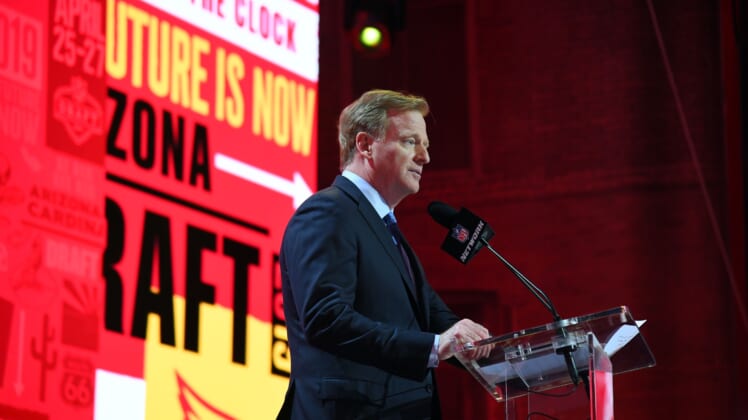 While the NFL is canceling many of its major events amid the coronavirus outbreak, the league reportedly still plans to hold the 2020 NFL Draft from April 23-26. But the event might look different than what many football fans have grown accustomed to.

According to NFL Network’s Ian Rapoport, the 2020 NFL Draft is still scheduled to take place as planned in Las Vegas. However, the league is discussing contingency plans for how the draft will be held.

Among the possibilities, the NFL has discussed holding the 2020 NFL Draft without fans in attendance. Such a scenario could lead to teams submitting their picks through a conference call and fans watching on television to hear the pick without the festivities that normally come with the draft itself.

The NFL is hopeful that the 2020 NFL Draft will serve as a moment where everyone can return to sports and celebrate their love of football with a marquee event.

At a time when the NBA, NHL, MLS MLB have suspended their seasons, the NFL is still hoping it can avoid drastic measures for the NFL Draft. As recent events and the escalation of the coronavirus pandemic have shown, though, that hope might not last long.