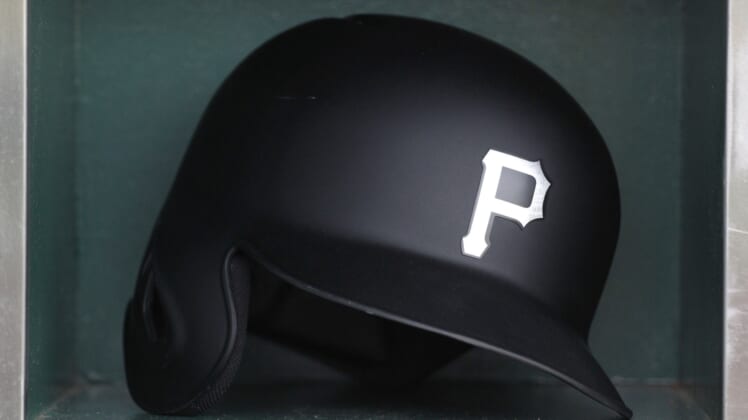 Aug 23, 2019; Pittsburgh, PA, USA; A Pittsburgh Pirates batting helmet sits in in the dugout before the game against the Cincinnati Reds during an MLB Players’ Weekend game at PNC Park. Mandatory Credit: Charles LeClaire-USA TODAY Sports

“We are saddened by the loss of such a beloved member of the Pirates family. Rennie was a great player on the field, and an even better person off of it,” Pirates president Travis Williams said in a team statement. “A member of our World Series Championships in both 1971 and 1979 who remained a very active and cherished member of our Alumni Association, Rennie symbolized what it meant to be a Pittsburgh Pirate.”

Stennett played second base for the Pirates from 1971-79, then spent two seasons with the San Francisco Giants before retiring.

Nearly 50 years ago, on Sept. 1, 1971, Stennett was part of the first all-minority lineup in Major League Baseball history, a group that included future Hall of Fame members Roberto Clemente and Willie Stargell in the outfield, with Dock Ellis on the mound at the old Three Rivers Stadium.