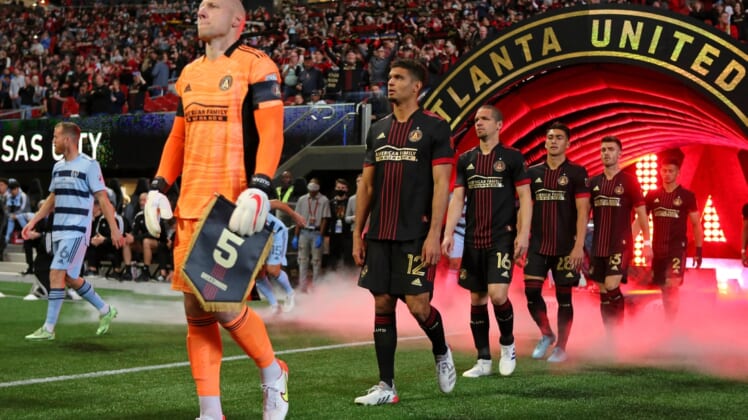 For the first time ever, the Atlanta United will face Charlotte FC in what could become a budding regional rivalry in Major League Soccer.

Before Orlando City SC joined MLS in 2015, there were no teams in the southeast — south of Washington, D.C., and east of the Mississippi River. There are five now, with Atlanta joining in 2017, Nashville SC and Inter Miami in 2020, and Charlotte this season.

“It can’t be manufactured,” he said. “There has to be real substance within the game. Until we step on the field — it can’t be something that’s made up.”

Charlotte coach Miguel Angel Ramirez — still searching for his first victory in MLS — believes a triumph in Atlanta would be significant.

To beat the Five Stripes at home, Charlotte must generate scoring chances. Ramirez’s side was shut out in each of its first two MLS games, losing 3-0 to D.C. United and 1-0 to the LA Galaxy.

“Of course, it’s frustrating, because goals are the point of the game,” Ramirez said. “It’s what everybody expects, wants and likes.”

Charlotte added some offensive reinforcements this week with the signing of Kamil Jozwiak, a winger from Poland who most recently played for Derby County in the English Championship. It’s unclear if he will be available Sunday.

If Atlanta is to win Sunday, it must tighten up defensively. The Five Stripes are coming off a 3-0 loss to the Colorado Rapids, in which starting center-back Miles Robinson picked up a pair of yellow cards, meaning he’ll miss this game.

“Obviously being at home, it’s important we get back on track,” Guzan said.

Atlanta is expected to have Osvaldo Alonso available. The defensive midfielder was a late scratch last week after the team cardiologist expressed caution. Additionally, three players who were awaiting the approval of their work visas — Thiago Almada, Santiago Sosa and Franco Ibarra — also returned to Atlanta this week.