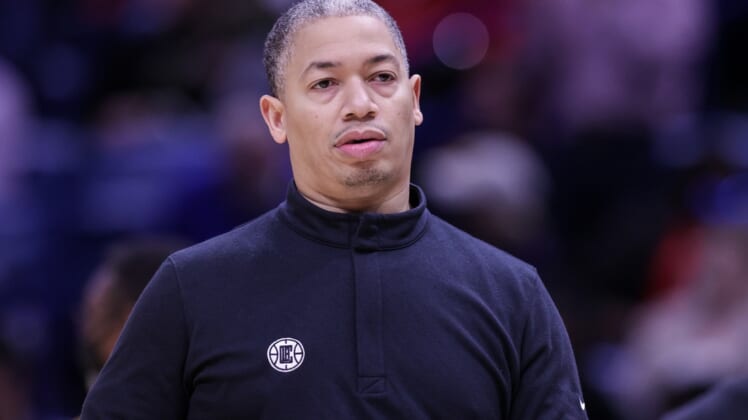 Reggie Jackson had 21 points, Terance Mann supplied 16 points and 10 rebounds and the host Los Angeles Clippers rolled to a 107-96 win over the struggling Detroit Pistons on Friday afternoon.

Eric Bledsoe tossed in 15 points in a game the Clippers controlled virtually from the opening tip.

Jerami Grant had 20 points, 10 rebounds and three assists for the Pistons, who lost their fifth straight game.

The Pistons, last in the NBA in shooting percentage, made just 36.7 percent of their shots and went 8-for-33 from 3-point range.

Bledsoe scored 11 first-quarter points, including a trio of 3-pointers, as the Clippers grabbed a 30-18 lead.

The Clippers were up by 10 four minutes into the second quarter and stretched it with a 7-0 run. Marcus Morris Sr. finished the spurt off with a layup. After a Grant basket, the Clippers scored seven more unanswered points, a flurry that included dunks by Zubac and George.

Los Angeles added an 8-3 spurt before the halftime buzzer to lead 64-40 at the break. Mann scored the last six of those Clippers points to finish the half with 11 points.

The Pistons shot just 32.6 percent from the field while the Clippers drained 47.7 percent of their attempts in the opening half. Rebounding was also a factor, as Los Angeles controlled the boards, 36-21.

Another 7-0 run by the Clippers early in the second half stretched their lead to 29. Jackson had five of those points.

The Pistons whittled their deficit down to 20, 82-62, by the end of the quarter. They didn’t get closer than the final margin in the fourth.