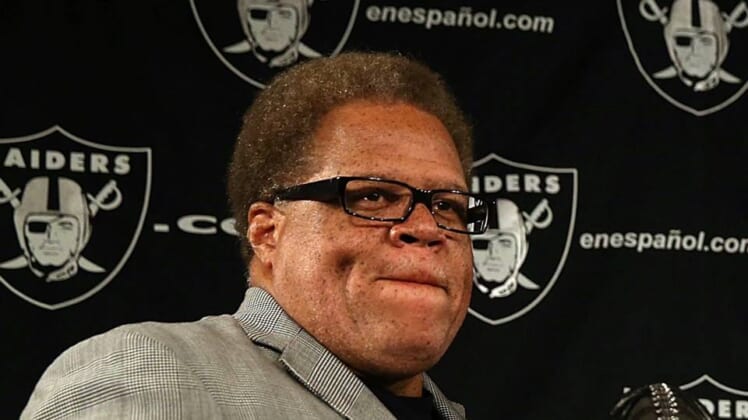 The most passionate, knowledgeable, and loyal fan base in all of sports said goodbye to Sunday feeling as though they went shopping and came home with nothing.

When the team announced its 53-man roster Saturday, the Raiders faithful believed Sunday would see a flurry of activity on the waiver wire as the Raiders still look to address needs on the defense – particularly at linebacker. Even this writer, and several others who cover the Raiders, felt the day would be filled with signings and some answers to how the Silver and Black would address its most glaring need.

Jelani Jenkins and Latroy Lewis both were gone. Some interesting names, like Scooby Wright and others, hit the wire. But what happened?

First, an understanding of the post-cut waiver wire is needed. The Raiders sat at 24th there meaning 23 other teams had first choice of any players available. Unlike a draft order, which most fans are familiar with, the waiver order doesn’t work that way. Each team ahead of the Raiders had the right to take as many players as we were available before the Raiders had their shot. By the time the Raiders could choose, clearly anyone they valued was not there or they felt would be available perhaps at a later date. This tells us no one put a chill up their spine on Sunday.

Which, of course, sent many in Raider Nation into panic mode. Yet, it should not.

There are plenty of people in the “fire everyone ever associated with the Raiders or the Raiders defense” camp but Reggie McKenzie will address it before kickoff next week. The team is so close to being a true Super Bowl contender, long-suffering fans are getting impatient at the thought. I don’t blame them but McKenzie has gotten the Raiders this far and I believe he will get the defense where it needs to be. Will they go from where they are to being one of the top five units in the NFL? Not yet. Is this what we all should be striving for? Absolutely.

It will take time and the Raiders can make a massive jump this year to get there. With their high-powered offense, young talent on defense, and a stable and secure coaching staff, fans need to have faith.

It’s not even close to “push the panic button” time. As so many discussed this weekend, it’s a game of chess. And while McKenzie isn’t Garry Kasparov, his acumen will result in the team addressing the need – and fast.