The former Marquette standout returned to Wisconsin on Sunday for Game 3 of the NBA Finals with Phoenix leading 2-0 and delivered his best game of the series with six 3-point field goals. He was also on the wrong side of a series of Giannis Antetokounmpo highlights, including a personal seven-point run in the second quarter.

For the first time in the Finals, the Suns rose in Milwaukee on Monday wondering what the rebound feels like. 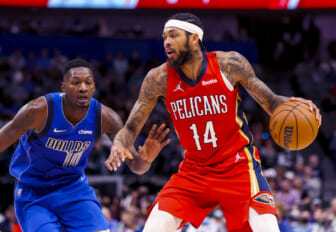 “Whenever we win, we don’t get too high. You just move on to the next one,” said Crowder, who was also served a technical late in the game after one physical exchange with Antetokounmpo, who has back-to-back 40-point games. “You have a loss, you do the same. You got to do it with more focus, obviously. But I’ve been preaching that. That’s all. That’s my message, is just respond to it in the right way and do it collectively and we’ll be fine.”

Crowder said the Suns are shifting their focus and reminding one another character wins this time of year.

“We’ll be fine. We’re going to watch film, going to talk this out. Going to man up to it,” Crowder said. “Coach is going to do a good job of showing what went wrong. We got to man up and do what we’ve been doing all year: just respond to it, respond to a defeat, respond to things not going our way. Like you said, we have been doing it all year. So it’s no change now.”

Suns coach Monty Williams spent more time counseling than coaching in the second half of Game 3.

He consoled Devin Booker, who suffered a 3-of-14 shooting night in defeat, and reminded DeAndre Ayton to keep his eyes focused forward. Ayton was saddled with foul trouble, souring his strong start with 16 points in 14 minutes. And he debated 36-year-old point guard Chris Paul on the sideline during the fourth quarter, when the Bucks ballooned their lead to 20 and beyond.

Williams encouraged all of them to leave the Game 3 loss and go get the next one.

“Just regroup, refocus, go over film and respond,” Booker said. “We’re on the road and we have to come in with the energy and effort. Like you said, the 50/50 balls, the offensive rebounds, protect the paint — just the details that we talked about. But that’s what the playoffs is. That’s why it’s a series, and we have some room for improvement.”

NASH BRIDGES: Paul had nine assists in Game 3 and moved up another spot on the all-time postseason assist list. He passed Kobe Bryant in Game 2 and moved ahead of Scottie Pippen on Sunday into ninth place with 1,050 postseason assists.

Next on the list? Former Suns great Steve Nash, head coach of the Brooklyn Nets, is currently 11 assists ahead of Paul and one behind Larry Bird. Bird is seventh with 1,062 assists.

Williams said he hasn’t reached out to members of the 1993 Suns, the last Phoenix team to reach the Finals. But some former players, including Nash, have hit up Williams.

“I have gotten text messages from different people from Suns lore, history. That’s been pretty cool because I’m new to it and they have adopted me like I’ve been in it for a long time, but it’s really not even two years yet,” Williams said. “So the way that they have embraced me has been pretty cool.

“I got a text from Steve (Nash) the other day. I thought that was really cool of him. He’s coaching Brooklyn. But it just spoke to me about how those guys feel about the Suns, the fan base, the former players. It’s a pretty cool family to be a part of.”

He also had 11 points and eight rebounds in Game 3.

“I think it’s just vital that I just give it my all and just put forth everything I have out there,” Portis said. “With potentially only four games left, there’s nothing to hold back. Just give it all I have and just bring some energy to the game.

“I’m a guy that is an energy guy. That’s one thing I can help a team with. Making shots or not, I still play as hard as I can.”

Budenholzer also tipped his hat to P.J. Tucker, who set the tone defensively by getting in Booker’s shirt in the first quarter. Tucker never takes his foot off the gas.

“I thought P.J. Tucker getting some offensive rebounds, tracking some balls down, playing, moving, screening,” Budenholzer said of Game 3 turning in Milwaukee’s favor. “So, I think this group finds a way to win and finds a way to get better.”

HUMP DAY: Budenholzer said the Bucks won’t commit to any singular defender on Booker, who had his lowest point total Sunday since Dec. 29 against the New Orleans Pelicans.

Booker averaged 27 points per game in the first two Finals games. Unlocking Booker is vital for the Suns in Game 4, and the Bucks anticipate changes in the Phoenix approach to free their guards in the middle of the court.

Williams won’t change the recipe with Booker, but wants him to review film and find ways to use the Bucks’ aggression against them. Williams credited Milwaukee for throwing everything they had at Booker.

“A bunch of everything. Their aggression, their defense. They keyed on him. He missed some shots,” Williams said. “So that’s going to happen. He’s been in this situation before. When you get to the Finals, it means you’ve been in a number of situations. So this is nothing new to us anymore. He’ll bounce back.”