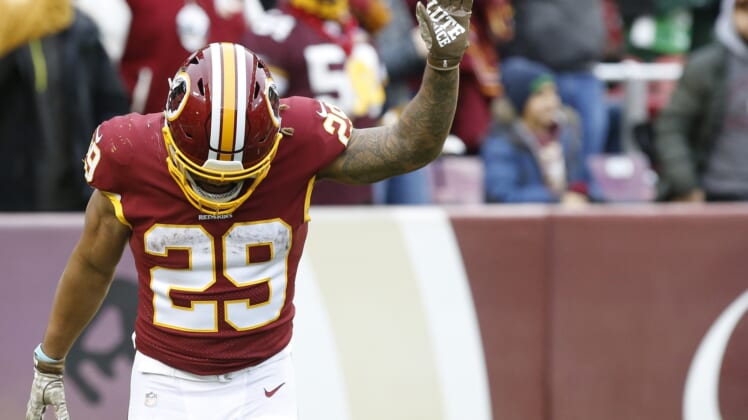 Often-injured Washington Redskins running back Derrius Guice is dealing with another setback in his young career.

The former second-round pick suffered a knee injury in Washington’s loss to the Green Bay Packers this past weekend.

While Guice didn’t suffer structural damage to his ACL like we saw during the running back’s rookie season in 2018, he’s now out for the final three games of the 2019 campaign.

Washington placed Guice on injured reserve Tuesday with a sprained MCL in his knee.

The good news is that this former LSU star should be back fully healthy next season. The bad news? Guice finishes up his first two NFL seasons having seen action in just five games.

Guice, 22, recorded 255 yards at a clip of 5.8 yards per rush in limited action with the Skins this season.