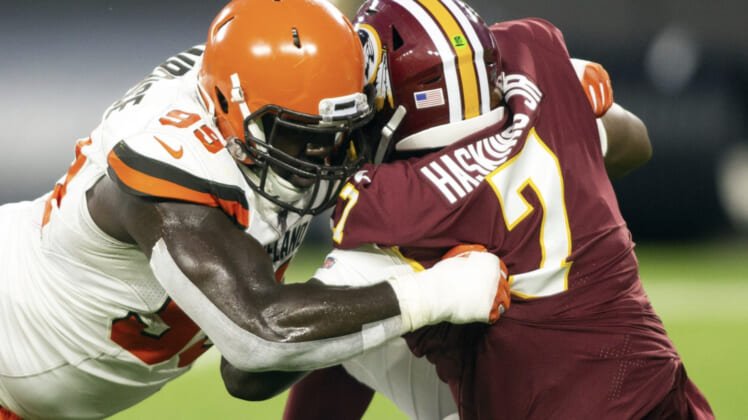 The first-round pick completed a robust 8-of-14 passes for 117 yards. However, two of his six incompleted passes were picked off. That included a pick-six into the hands of Browns rookie linebacker Mack Wilson (watch here).

Following the 30-10 drubbing at the hands of Cleveland, Haskins showed some veteran poise in response to his poor performance.

That’s pretty much all you can do. As any gunslinger will tell you, having a short memory is a huge component to success in the NFL. Just ask the likes of Brett Favre. Thinking about a previous mistake will only lead to things snowballing.

Haskins was listed as Washington’s No. 3 quarterback in its first depth chart of the summer. Nothing we saw Thursday evening changed this.