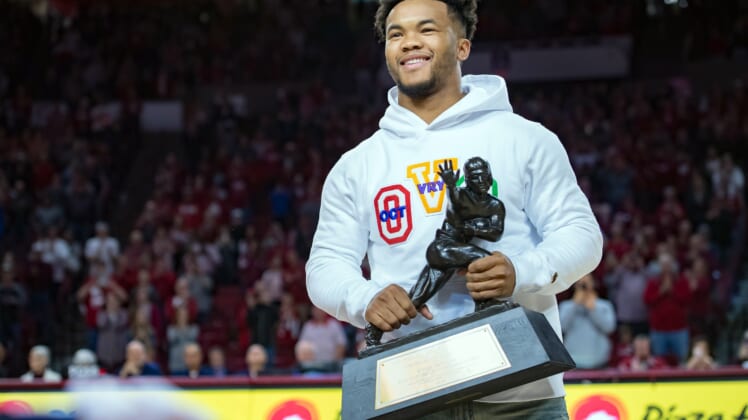 No matter what the Arizona Cardinals might want the rest of the league to believe, the team will more than likely select reigning Heisman winner Kyler Murray No. 1 overall in next week’s NFL Draft.

The smoke has been too strong to suggest otherwise.

Even then, Murray and other potential suitors have taken time out of their days to meet. That was going to include a Washington Redskins squad in need of a future franchise quarterback.

Interestingly enough, Murray reportedly cancelled his impending visit with the Redskins in the D.C. area.

We’re not really sure what to make of this. Arizona could have already told Murray that he will be the first selection in the draft. That’s despite the team’s public stance that it has yet to make a decision.

On the other hand, the Redskins have been linked to Cardinals quarterback Josh Rosen in trade talks. If Arizona has made a commitment to Murray, it could mean that Rosen is headed to the nation’s capital or another destination.

Either way, this is an interesting development. Top prospects rarely cancel visits this late in the pre-draft process.