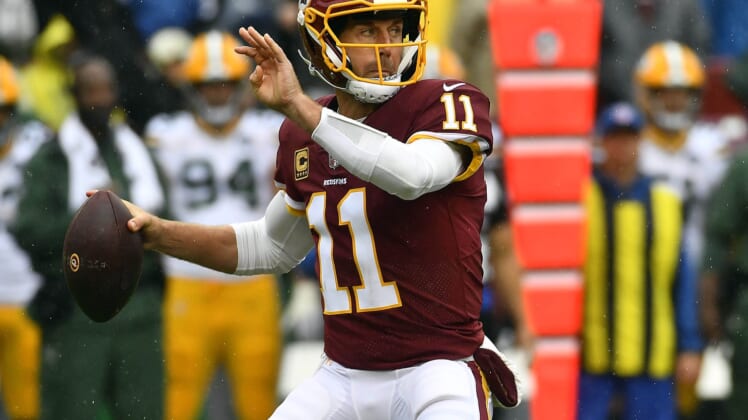 Don’t rule out Alex Smith as a potential starting quarterback for the Washington Redskins in 2020. New head coach Ron Rivera certainly has not.

Despite the fact that Dwayne Haskins was selected 15th overall last year and started seven games, Rivera has not forgotten about Smith.

“I also don’t want to forget Alex Smith,” Rivera said Friday, speaking with The Team 980 on a potential quarterback competition. “Here’s a guy that’s doing everything he can to come back, and if Alex can come back and be the player that he was we have a good situation, we have competition at that position.”

Rivera also spoke about Haskins, noting he wants to see more out of the young quarterback as a leader.

“I want to see him start taking the leadership mantle. It’s one the things I said in my first press conference. You know he’s got the skill set, he’s shown he’s got the ability.”

It’s worth pointing out that the last time we saw Smith, he was able to walk around without a limp, with no crutches. Smith suffered a catastrophic leg injury during the 2018 season and endured many setbacks in his recovery, which entailed multiple surgeries.

When he was healthy, Smith was among the league’s most efficient quarterbacks and landed a huge contract from Washington after being traded from Kansas City. If he can get fully healthy again, then the Redskins could do a lot worse than start him.

At the least, Smith may help Haskins realize his full potential as they compete for the job.