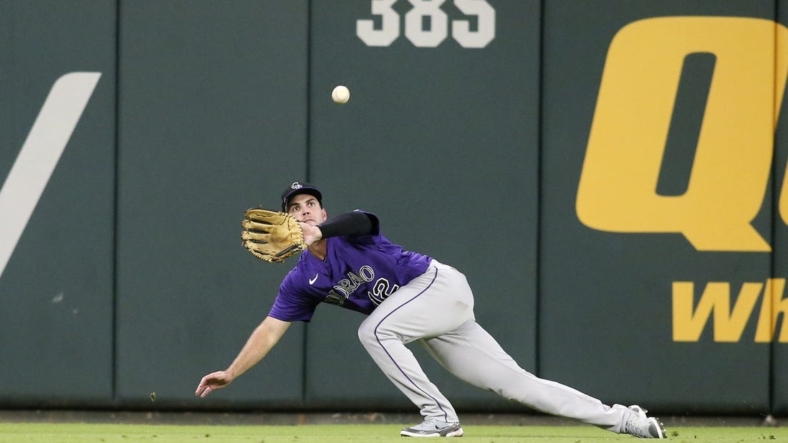 The Cincinnati Reds and the visiting Colorado Rockies will play a traditional doubleheader Sunday afternoon after their Saturday night game was postponed because of rain.

The Reds won the opener of the three-game series 3-2 on Friday night, but the second game was called after a delay of about three hours and 45 minutes.

The first game is expected to have a meeting of the scheduled starters for Saturday: right-hander German Marquez (7-10, 4.97 ERA) for Colorado against Cincinnati left-hander Nick Lodolo (3-5, 4.30).

Lodolo will be facing the Rockies for the first time in his career.

Marquez is 3-1 with a 5.40 ERA in four career starts against Cincinnati.

With the postponement, Rockies rookie outfielder Sean Bouchard will have to wait another day to build on his performance on Friday. He hit his first major league home run — a two-run blast — and walked twice.

He was in the lineup Saturday, batting in the No. 7 spot and slated to play left field.

The Rockies called him up on Tuesday for his second stint with the team this season.

“We wanted to look at him in the big leagues,” Rockies manager Bud Black said. “Our player development staff mentioned his name over the course of the season. When we called him up, he was in a good spot as far as his at-bats and confidence. It’s sort of carried over. That’s key.”

Bouchard was 0-for-7 during a brief stint with the Rockies in June.

“Like a lot of young players, lesser service-time players, they want an opportunity,” Black said. “This is really the first time our coaching staff has seen him in the big leagues. He hasn’t been in major league camp with us. We haven’t gotten to know him.”

“It’s not really a chance to get acclimated,” Bouchard said. “It’s the big leagues. You either do it or you don’t. It’s been nonlinear as far as progression, as far as never being in camp and having them see me.”

A former member of the Rockies, Reds reliever Jeff Hoffman, has been on the injured list since July 24 with a right elbow ailment. He was relieved when he was informed on Friday that he would not likely require elbow surgery. He will not pitch again this season, however, because the elbow needs to be rested for a few months.

“Dr. (Tim) Kremchek (Reds medical director) was pretty certain, pretty positive this is not something that needs to be operated on or anything like that,” Hoffman said. “It’s just one of those things where we tried to rest it and come back this year. It probably just needs more rest than what we’ve done from throwing. It just needs a good amount of time and he’s confident when I pick up a ball again, it’ll be normal again and it’ll be good to go.”