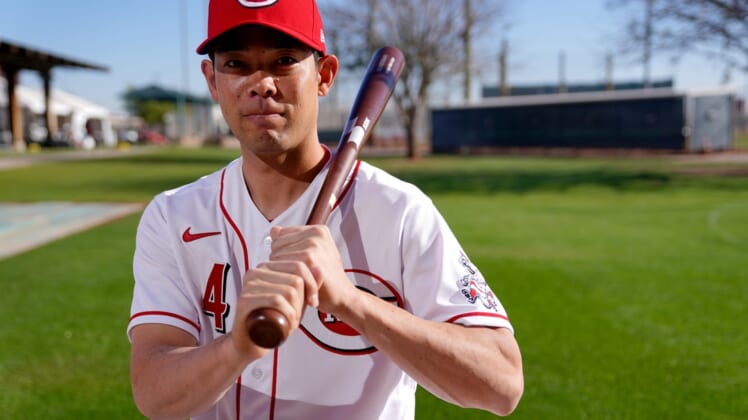 He was batting .182 with six strikeouts, no homers and no RBIs in seven games in spring training.

The first Japanese-born player ever to appear in a game for the Reds, Akiyama batted .301 during his nine-year career in Nippon Professional Baseball, all with the Seibu Lions of Japan’s Pacific League. He was a five-time Pacific League All-Star and a six-time Gold Glove winner.