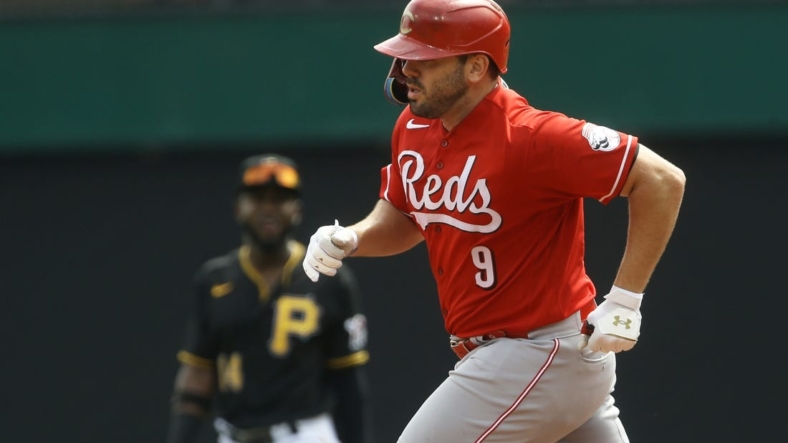 Infielder Colin Moran was called up from Triple-A Louisville in a corresponding transaction.

Moustakas, whose designation is retroactive to Wednesday, is batting .214 with seven homers and 25 RBIs in 78 games. He has started games at first and third bases and at designated hitter this season.