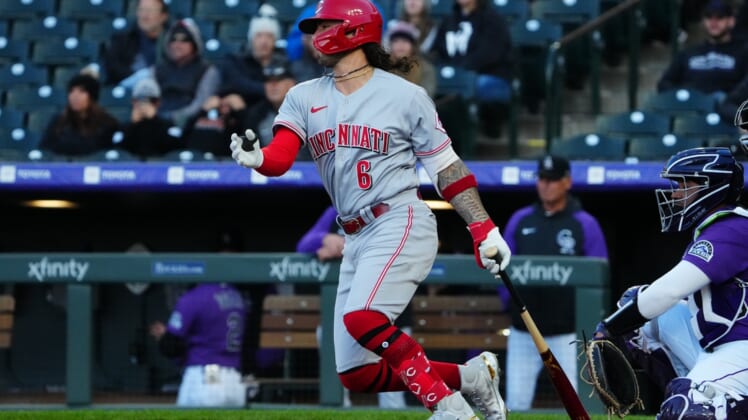 Cincinnati Reds second baseman Jonathan India landed on the 10-day injured list on Sunday for the second time this season, again due to a strained right hamstring.

The 2021 National League Rookie of the Year was out from April 15 through Monday due to the same ailment.

“He hasn’t been able to kind of break through being able to go full speed,” Cincinnati manager David Bell said.

India was scratched from the lineup Saturday and didn’t get into the game that day, allowing the Reds to backdate the IL move one day. For the season, India is hitting .295 with no homers and three RBIs through 11 games. Last year, he hit .269 with 21 homers, 34 doubles and 69 RBIs in 150 games.

Outfielder Jake Fraley also landed on the IL on Sunday, giving Cincinnati 13 players out due to injuries. The Reds called up outfielder TJ Friedl and infielder Alejo Lopez from Triple-A Louisville to fill the roster vacancies.

After making the moves, the Reds lost 10-1 to the Colorado Rockies in Denver, completing a three-game series sweep. Cincinnati is 3-19, the worst 22-game start in franchise history.