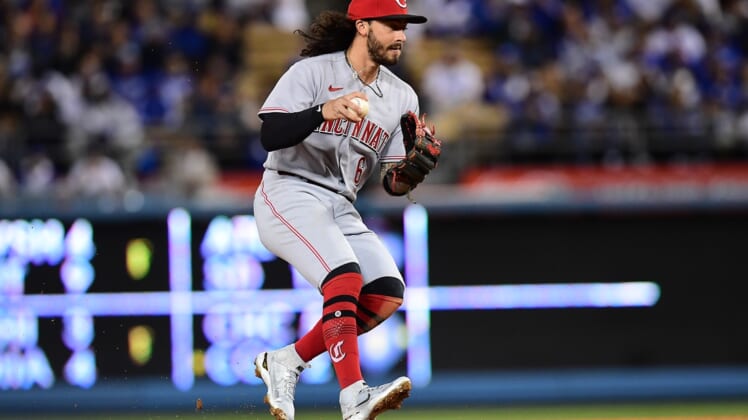 Cincinnati second baseman Jonathan India left the Reds’ Thursday road game against the Los Angeles Dodgers in the fifth inning due to a right hamstring injury.

India, the 2021 National League Rookie of the Year, beat out a slow roller to third base but began to limp after crossing the first base bag. During a visit from a member of the team medical staff, India appeared to grab the back of his right leg.

Heading into the opener of a four-game series at Los Angeles, India was hitting just .192, but he had two hits in three at-bats Thursday for his first multi-hit game since Opening Day. The 25-year-old Florida native was just 3-for-21 in the five games in between.