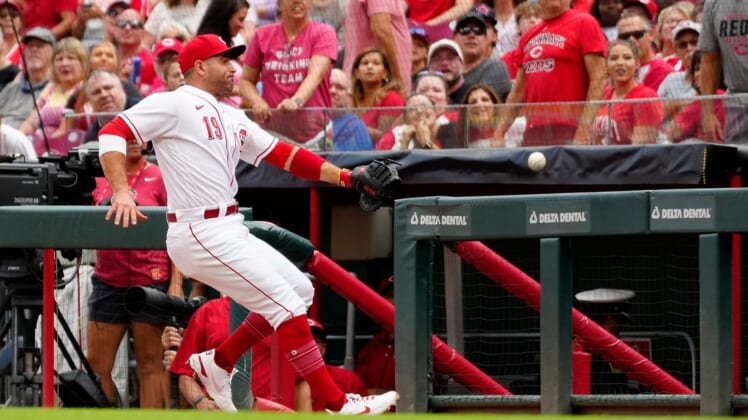 Votto, 38, will face a six-month recovery process and hopes to be ready for spring training.

“I don’t know how to explain what exactly happened, but it’s been lingering for a while,” Votto said after Cincinnati’s 1-0 win over the Philadelphia Phillies. “I’ve had a difficult time with it.”

Votto, a six-time All-Star first baseman, thinks he initially injured the rotator cuff during the 2015 season. He had been able to play through the injury in past seasons but a recent MRI exam pinpointing the damage led to the decision to undergo the knife.

“Only the past maybe three months or so has it been painful to the point where it’s difficult to lift and hurts to sleep,” Votto said. “I’m not sure it’s affected my performance. … I can’t say that. I don’t want to make an excuse.”

Votto didn’t play Wednesday. He went hitless in four at-bats in Tuesday’s 11-4 loss to the Phillies and was 0-for-21 over his last five appearances.

But manager David Bell said the club will miss having the legendary Votto on the field.

“It’s a big blow,” Bell said after the victory. “Obviously we’re going to miss him a ton. I have no idea how he was playing with it … trying to play this game with a torn rotator cuff. I was lucky enough to talk to the doctors. They were very clear this has to get done in order to get Joey back healthy for next season. As much as we’ll miss him now, that’s kind of what I’m looking forward to.”

Votto was the National League MVP in 2010 and batted over .300 eight times in a nine-year span earlier in his career. He also has led the NL in on-base percentage seven times.