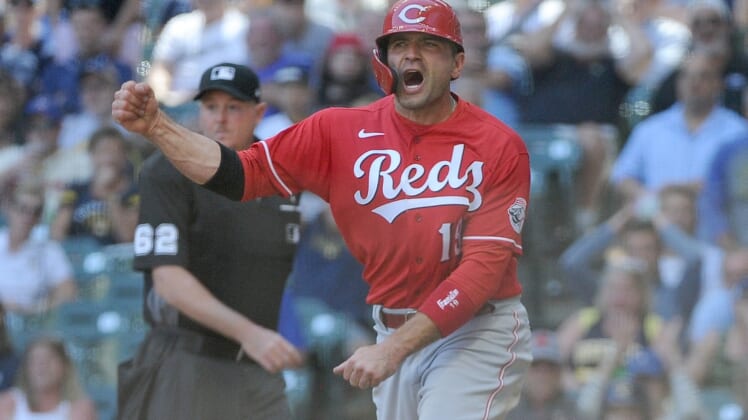 Votto’s suspension stems from his ejection in the Reds’ 7-5 loss to the San Diego Padres on Saturday, when he was tossed for arguing a check-swing strikeout in the first inning.

Initially handed a two-game ban, the six-time All-Star appealed the ruling, and his suspension was reduced to one game.

He missed about a month earlier this season with a broken left thumb when he was hit by a pitch from Chicago White Sox left-hander Dallas Keuchel on May 5.